I had a bit of a scare lately.  After having a regular eye exam last week, I was referred to a “retina specialist”.  I have experienced a little fuzziness in my vision in the afternoons.  I chalked it up to needing a new prescription (I did – I needed a weaker Rx) and to being a little teary (thanks a lot, honey!) and tired.  The eye doctor found I have a mild cataract in each eye and hemorrhaging blood vessels behind my eye!  Well, to say that I was scared out of my wits, would be a severe under-statement.  He got me a referral for a week later and I was told to expect an appointment lasting 2-3 1/2 hours as they may need to “freeze” the blood vessels with a laser.  EXCUSE me??  I pulled up my big girl panties and kept the appointment.  Turns out, I have a mild distortion and just have to watch my blood sugar.  Sound familiar?

Every minute of the appointment, I wanted you there.  You know how scared I always am of unfamiliar situations and you would have been there with me.  Even as sick and uncomfortable as you felt, you would have been there.  I wouldn’t have to ask you – you would just be there.  You would have known I couldn’t sleep the night before and you would have made sure to wrap your arms tightly around me until I would drift off to sleep.  You would have known that when I am nervous or scared, no matter how tightly you held me, I still would have to have one foot on top of your foot.  I never knew why this comforted me and you never asked.  It was just always that way since 1970.  Why would last night have been any different.  When I awoke this morning, my stomach in knots, I realized that my leg was stretched over to your side of the bed – just as though you were there.  Oh, how I wish you were.

All during the appointment (a little over 2 hours), I kept thinking of the inappropriate jokes you would have made the entire time, and it made me giggle a little.  I knew which patients in the waiting room would have been your target, and would have earned you an elbow to the ribs from your wife.  I know you would have laughed over the 5×7 appointment card for us “eye” patients.

Today I giggled.  Thanks for that. 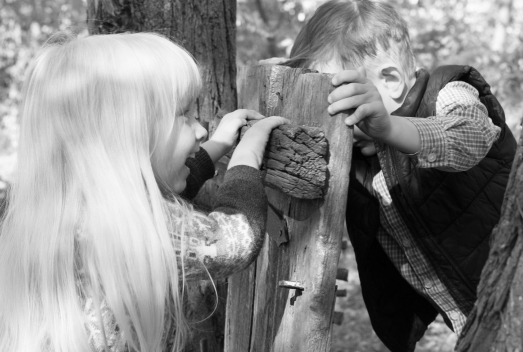