weekend visit with a granddaughter

Tristan gets a little surprise from Uno Blast

I have no idea what he is doing, but it must have been important!

Look at those little kiddos.

He loved the Inner Harbour in Victoria

Happy Fourth of July, everyone.

And now he is in his second year of teenager-dom.

This smart, funny, sensitive little boy – is no longer so little.  He is grandma’s boy and I tell him that every time I see him.  Even though, now, when he runs through the airport to greet me, he almost knocks me over; he will forever be grandma’s boy.

I was at the Virginia house when he came home from the hospital.  A preemie at 3 pounds and 5 ounces, you would never know it today.  At fourteen, he stands over his dad and takes much satisfaction in resting his forearm on his father’s shoulder.  He has a tender heart and a sensitive soul.  He also has a sly sense of humor and enjoys making me laugh when we should be serious; lovingly taunts his younger sister by flipping her hair or poking her side when dad isn’t looking.

When he was a toddler in Tucson, he was my Target buddy at least once a week.  And he kept me in check, removing items from the cart when he was of the opinion that “we don’t need this, Grandma”.  Later on in his tween years, he would accompany me to the Wegman’s, and it was my turn to keep him in check.

And now he is heading toward the middle of his teens.  Still Grandma’s boy.  Still his sister’s biggest fan and her steadfast gentle tormentor.  Still a loving, sensitive, smart, talented and handsome er, young man.

But in my eyes, he is still the toddler stacking soup cans in my pantry or running down the sidewalk to my open arms and appearing out of the bedroom where I thought I had cleverly hidden his birthday gift, on the seat of his brand new red tricycle.  So much for that surprise.

I love this child.  This toddler turned teen.  This handsome young man.

Ricky & Isabel each prepared a dinner casserole featuring pasta and I did absolutely nothing except enjoy the food and company.

Victoria was suddenly overcome with shyness at the “kid’s table”.

We take some time out to remember this evening in pictures.

Alexander decides the perfect way to end the evening would be to form a pyramid of kids… what could possibly go wrong with four kids in a stack on a hard tile floor?

I met my husband 48 years ago.  We were only 15.  We are getting ready to celebrate our 44th Wedding Anniversary this coming Easter Sunday.  But there is a dark cloud looming.  Bob needs a kidney.  He is in end stage renal failure – stage 5. 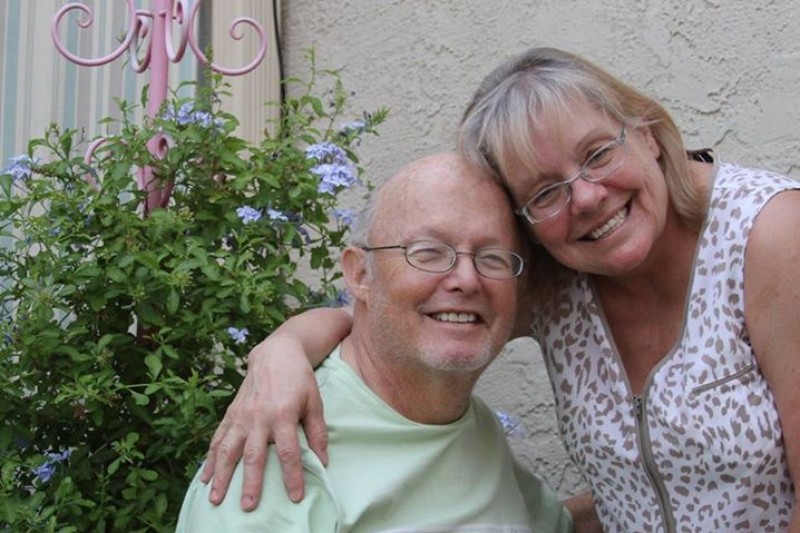 He has struggled over the past decade with numerous ambulance rides and multiple stays at hospitals, and several near death episodes.  He is determined, but in order to be placed back on the UNOS transplant list (United Network for Organ Sharing) at the University of Arizona Medical Center, we must pay the $12000. deductible as well as about $1000 in funds transfer fees.  Our son, Jeffry, has set up a gofundme page, and in only thirteen days, friends, family and strangers have donated just over $11k.  Such remarkable people in this world.  We need you to spread the word.  If you can share this post and send a prayer, it would mean more than we could ever say.  Here is the link to the fund:  http://www.gofundme.com/bobneedsakidney

Six of our grand children say it better than we ever could.

Thanksgiving Day.  Couldn’t have asked for nicer weather.  Jeffry and Kerri and the grandkids arrived the night before, and we had planned on getting together for Thanksgiving Dinner at a local buffet.  Mateo and Marluce and I were ready to make the trek to Whitewater to pick up Gramma Anne to join us for some family time.  I was quite proud of myself that I kind of winged my way to her home!  Mateo got out of the backseat and held her arm as she got situated in the front seat.  He is quite the little gentleman!  I could tell that  Anne was quite taken with him.  We were off to meet the other Gardners for an early dinner!

And now, outdoors to enjoy some beautiful Thanksgiving weather and family photography!

After dropping off Gramma Anne at her house, I took the kids over to meet Dennis & Sandra Forsgren.  Dennis was married to Bob’s sister, Linda until Linda was killed in a vehicle accident in 1996.  Dennis was and remains a part of our family and close to my heart.  A really nice visit followed – so nice to catch up.

Dennis actually owns the house that Gramma Anne resides.  Don’t know why I cannot find anymore info on it, as that house was the original Whitewater Post Office.  There is still a little side door that had the US Post Office in that old gold script.  I would think it would be listed as a historical place, but I literally cannot find anything as far as research.

After a brief respite at our hotel room to let the kids lay around and wrestle a bit and me to do a tad of accounting, Robin and Alina rolled into town after a 2-day drive from Austin.  We all met up at Denny’s for dinner and laughter and general catching up.  It gave Robin a chance to meet Mateo and Marluce and for me to meet Alina.  She is a sweet and precocious 3-year old with silky dark hair and brown eyes on the verge of turning green.  What a beauty!

We had a wonderful day, albeit a tad long. Lots of family visiting. Lots of laughter and conversation. Lots to be Thankful. Back to the hotel early. In our pjs and the kids played their games on iPad while I caught up on some blogging and accounting. Good times.

The day before Thanksgiving and lots to do.  Lori and I, along with my trusted assistants, Mateo & Marluce, are off to the venue to set up for Friday’s fun.  I purchased 19 tablecloths of every color I could find.  Lori purchased a gazillion disposable chafing trays with racks and Sterno and silverware and all the dinnerware and napkins you can imagine.  We set out moving and arranging tables and chairs.  Mateo and Marluce strung twisted crepe paper around the room.

and they made the banners WELCOME FAMILY 2014 REUNION.

The last thing to do was to set up the kids table to keep them from being bored. We had crayons and coloring pages, wooden ornaments and colored pencils, clay and shaping tools, Skip Bo and Story Cubes. I am thinking this table will be a hit!

Breakfast at the Hotel and enjoying the type of conversation that you can only experience while dining with a 10-year-old grandson and an 8-year-old granddaughter.  All of the sudden, I feel a thick mane of hair on my neck and get a huge sister hug from my youngest sibling, Lori.  After surprising us at breakfast, we head up to the room to gather anything else we need for the day.

Finishing a great photo-op with Auntie Lori, we jump in her new red Ford Focus and head out to see the hall in Palisade that she rented for our reunion. Always a pretty drive to Palisade and brings back so many memories of our entire family going out to the peach orchards to pick the best peaches that I have ever tasted.  Kind of makes a lump in my throat as we pass so many familiar places from, oh, so long ago.  Back to reality as I quiz Mateo and Marluce on the landmarks surrounding us as we drive.  “Mateo, what is that mountain?”  Mt Garfield.  He catches on quickly.  “And what is this long flat top mountain?”  Right again.  The Grand Mesa.

Lori and I take a lot of the drive to reminisce,  And within a few minutes, the valley has enveloped me in her arms, and I am home again.  My mind wanders from seeing myself as a child in a peach orchard with the family laughing and picking fruit and back to the present conversation of reunion plans.   Lori picks up the keys and we check out the reunion hall and make mental notes of supplies we still need.  Mateo and Marluce decided that some decorations were needed to add some color.  After Lori drops us off at our hotel, we hop in the car and head out to Hobby Lobby and find crepe paper and banners and big sticky letters.  It has been a long and busy day, so we decide on an early dinner at, in my opinion, the world’s best pizza ever – Junct’n Square.

After a pizza that Mateo is talking about three days later and describing it as “AMAZING”, (that, in itself, is amazing!  Mateo is, shall we say, a very particular dining guest), we head back to the hotel and hop into pajamas and make an early evening of it.  iPad games for them and accounting for me  A wonderful day in my wondrous home town with people I love to share.

a Colorado girl in an Arizona world.