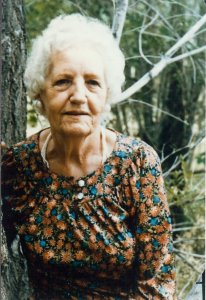 If he were alive today, Samuel Trail [1808-1877] would be 208 years old.    Nonetheless, he was my Great (3x) Maternal Grandfather.  He lived nearly his entire life in Harpers Ferry, West Virginia and had 6 children with Eveline Brown [1812-1891] . Harpers Ferry, of course, was a place of great importance during the Civil War and Samuel found his home surrounded by mostly armorers (he himself was a carpenter).

One of his children, Charles H. Trail [1843-1899], was enlisted in the Confederate Army as a Private on April 20 1861 (shortly before Virginia voters chose to secede from the Union) but deserted less than 2 months later on June 14th.

His entry into the Confederate Army may have been prompted by Union soldiers’ efforts to burn down the armory:

Close to the beginning of the war on April 18, 1861, just a day after Virginia’s conventional ratification of secession, Union soldiers, outnumbered and deprived of reinforcements, set fire to their own armory in an attempt to thwart the usage of it by an advancing Virginian Confederate militia numbering 360 men in all. Harpers Ferry residents (many of whom made their living off the armory) were able to put out the fires swiftly enough to save most of the armory’s weapon-making machinery. After rescuing the equipment, the Confederates shipped it south. Two weeks later, the Confederates abandoned Harpers Ferry. The Southern forces confiscated what was left in the armory and burned the rest of the remaining armory buildings. They also blew up the railroad bridge of the Baltimore and Ohio Railroad.

It is speculated by the Civil War Scholars website is that Charles was indeed an Armorer.

According to The Trail Family by Lucille Trail Call, Charles’ brother Thomas Henry Trail [1836-1902] would join the Union Army serving as a spy:

He dressed as an old lady and sold apples to the enemy.  Another time he was carrying a message and was about to be capture.  He went to his sister Anna’s boarding house, gave her some papers and slid under the wooden walk. Anna concealed the message in her high lace shoes and went to the door to greet the Confederate soldiers who wanted to search the house.  After the search, they were served supper and they tramped over Thomas to the horses and rode off.

Samuel’s property was described in National Park literature as follows:

Unfortunately Lot No. 10 and the rest of the houses on Shenandoah Street were destroyed by flood action and paved over to make a parking lot by the National Park Service.  I believe the home was located behind St. Peter’s Catholic Church.

This site uses Akismet to reduce spam. Learn how your comment data is processed.