We took a day off from the sites to return to the train station to shop! 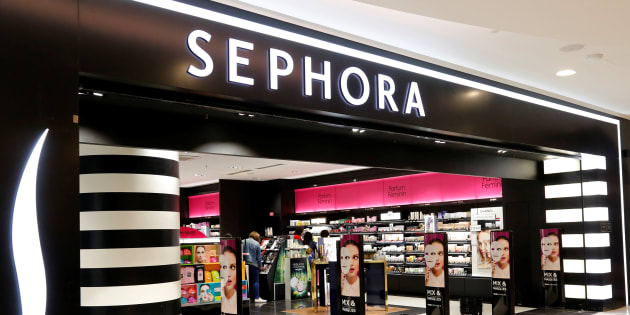 for a designer bag for Robyn – reversible orange and blue for the Broncos!

Early dinner and early to bed to repack and catch the train to Napoli.

The beauty of the Eternal City, the chaos, the mismatch of elegance and decay that is around every corner.

So very true.  Even the decaying buildings are magnificent in their own right.  The juxtaposition of the graffiti against the stunning gardens.  Tiny ristorantes tucked into corners of the city across the crowded road from five star eateries.  And so it goes.

Before our day really begins, we engage in a bit of goofiness – I show off a Christmas present blouse from Isabel & Ricky, while Robyn models her teeny tiny coffee pot, in the Price is Right style.  (Note the adorable orange refrigerator door!)

This was truly a blissfully exhausting day of sightseeing.  Again – Juxtaposition.

First stop was finding tickets to the hop-on hop-off bus tour.  We walk and walk and walk some more, until we locate the ticket vendors and find the bus stop!

We began the tour with the amazing coliseum.  The Colosseum or Coliseum, also known as the Flavian Amphitheatre, is an oval amphitheatre in the centre of the city of Rome, Italy. Built of travertine, tuff, and brick-faced concrete, it is the largest amphitheatre ever built. The Colosseum is situated just east of the Roman Forum.

And now we continue our tour on to Vatican City.  We keep seeing these initials on landmarks and light posts, and so we just had to research …

SPQR (Latin: Senātus Populusque Rōmānus, “The Roman Senate and People”, or more freely as “The Senate and People of Rome”; Classical Latin: [sɛˈnaː.tʊs pɔpʊˈlʊs.kᶣɛ roːˈmaː.nʊs]) refers to the government of the ancient Roman Republic.

A little surprised to see all of the vendors pedaling their wares all along the walk inside the Vatican City.   I would have understood more if there had been rosaries, crosses and things like that.  Instead there were little cars that transformed into other things, stuffed animals, little race car toys and many other unrelated items.  I just felt there should have been a little more respect for the area.  And, did I mention the 1€ to use the toilette?  All over Italy you pay to potty.  The things we take for granted in the USA.

Vatican City, in full State of the Vatican City, Italian Stato della Città del Vaticano, ecclesiastical state, seat of the Roman Catholic Church, and an enclave in Rome, situated on the west bank of the Tiber River. Vatican City is the world’s smallest fully independent nation-state.

Such a beautiful day In Roma.  The sights and sounds are almost too much for the mind to absorb.  But in the end, that is exactly what we did – we absorbed!

Our first non hotel stay is Largo Domus Leopardi 12.  It is a private apartment with a delightfully orange kitchen (I highly suspect an Ikea influence here) and a charming living area.  It overlooks a common courtyard shared by apartment owners as well as nearby connected restaurants.  Very comfortable and authentically decorated.  Martina met us at the apartment to show us how things worked and where things were.

While out wandering a bit, Robyn spied a church at the end of the street, so we thought we should take a look – and I am thrilled that we did.  Behold the Church of Saint Eusebio on the Esquiline Hill.  I am certain that the photos do it no justice as it is a magnificent spectacle of architecture and spirituality.

Such a beautiful and serene place.

Architecture in Rome is a wonder to behold.

In ancient Rome, the domus (plural domūs, genitive domūs or domī) was the type of house occupied by the upper classes and some wealthy freedmen during the Republican and Imperial eras. It was found in almost all the major cities throughout the Roman territories.

It is not uncommon to see flower and plant shops along sidewalks and streets on almost every block of business areas.   The congestion of people, cars, scooters and shops is the way of life in Rome.  People seem to thrive here and I can certainly see why.  There are so many treats to behold and conversations to witness – even if you cannot understand the words; you can certainly understand the sentiment.  The people of Italy are expressive!

We walked around sight seeing on our way to dinner – where the locals go to eat –  snapping a photo here or there.  Just two Colorado girls taking in the sights.  Enjoy our little photo exposé Italia style!

We awake to a beautiful morning in Florence and are ready for our morning train ride into Roma!   The train terminal is also the bus terminal and a very busy (and a tad bit confusing) place.  After successfully determining our line, we board the

loading our own very heavy luggage and taking our seats.  Huge windows allow for all the sightseeing oohs and aahs of leaving the city and making our way to the countryside and luscious landscapes connecting Florence to Rome.

The train ride was not long – just an hour or so (at 186 mph) to take in the countryside and for Robyn to experience a train ride – albeit a high-speed train ride!  We arrived in Rome at another combo terminal and make our way to the McDonald’s inside – and yes, they ARE everywhere – where a private driver was holding the sign with my sister’s name.  He spoke hardly any English, but went right to work taking the heaviest of luggage with a smile and nod and “follow me”.  He left us at a curbside loading zone and retrieved his Mercedes in no time flat.  He knew exactly where we were going and dropped us as close as possible.  Exceptional.

We wheeled our luggage past a ristorante and just beyond a pizzeria was the door leading to our apartment for 3 nights.  The owner met us and took just Robyn and one suitcase up to the 4th floor apartment in what has to be the world’s smallest elevator.  When the elevator comes to a stop, the doors open to yet another steel type door that you then push open to exit.   Very quaint.   I came up in the elevator on the second run.  Gave us a little chuckle.

It was disheartening to see Rome with graffiti in every possible space – almost surreal.  In between businesses, the doors were a conglomeration of graffiti.  Surprisingly, it seems as though the “artists” do not deface churches or fences surrounding churches or business establishments.  But any vacant door or building becomes a public canvas it seems.  I wondered why there was so much graffiti and in a city of such holiness.  So, I (what else?) googled it!

ROME (AFP) – Scribbling emotions on walls has been a tradition in Rome going back thousands of years and even the word “graffiti” was first used for markings found in the ruins of Pompeii.  The modern version could be the scrawls seen in maternity wards in the Italian capital: “Get a move on, auntie’s waiting!”, “Chiara is born!”, “Welcome little Mattia!”.  From wealthy neighbourhoods in the city’s north to working class suburbs in the south, Romans are not shy about scrawling on walls – often with phrases in local dialect.

Not my cup of tea, but hey, I am only a tourist.

I love that city dwellers can find any place to have their garden.   Balconies, rooftops and window planters are common sights here.  I couldn’t get enough of them.

Tiny little cars and scooters dot the streets 3 rows wide and all parked within mere inches of the next.  I seriously do not know how they move their vehicles in and out while in between each other.  There seems to be very little in the way of street markings and yet everyone seems to know how to navigate the road, often moving within an inch or two to skirt past a scooter or bus and turning this way and that.  It is a bit of a ride in a taxi that can really make you question if you should have used the facilities before tempting fate!